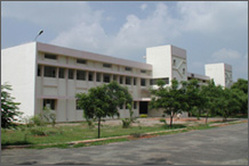 History of Electronic Engineering:
Electronic engineering as a profession sprang from technological improvements in the telegraph industry in the late 19th century and the radio and the telephone industries in the early 20th century. People were attracted to radio by the technical fascination it inspired, first in receiving and then in transmitting. Many who went into broadcasting in the 1920s were only 'amateurs' in the period before World War I.

Our Department Vision:
The vision of the ECE Department is to become a leading institution for higher learning, building upon the culture and the values of universal science and contemporary education, and a center of research and education generating the knowledge and the technologies which lay the groundwork in shaping the future in the fields of electronics and communication engineering.

The mission of the ECE department is to:
Powered by